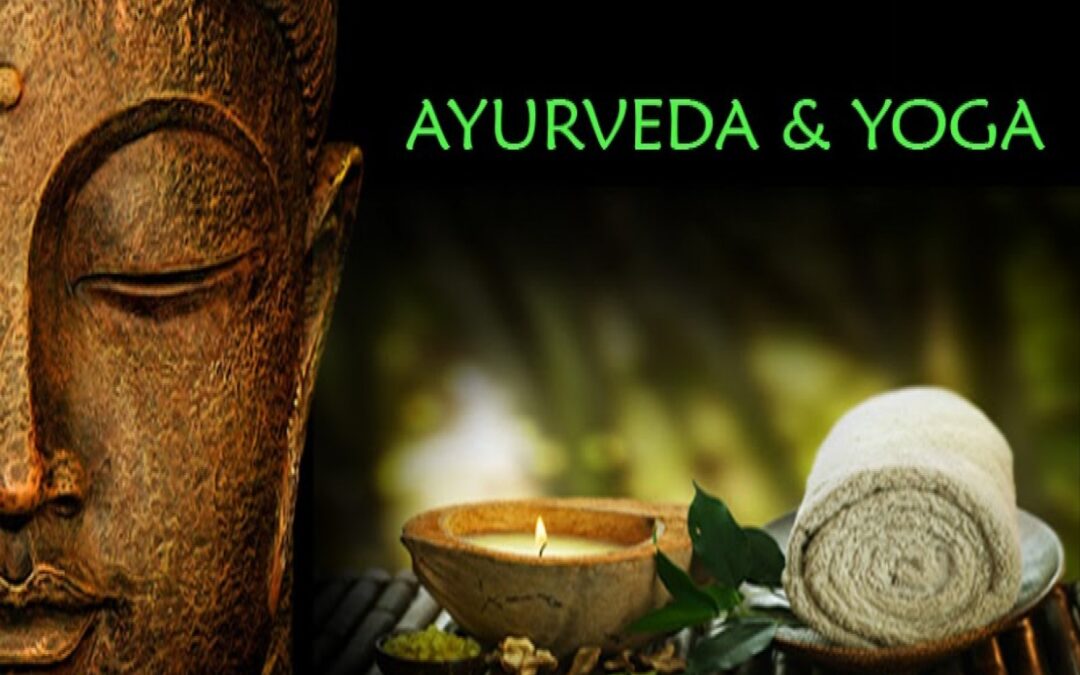 Yoga and Ayurveda tells a tale as old as time, a tale of two ancient sciences that parallel to one another and intersected at certain points of history. They are a perfect balance that gives one a well-rounded life. Yoga & Ayurveda both originate from the same roots of Vedic origins. Both yoga and Ayurveda has veered a long distance from their classical forms, forging identities in the modern world, thriving in their way. Yoga has become seamlessly integrated into our modern life; however, it is the partnership of yoga or ayurveda that people need to adopt. It’s not just about asanas, pranayama’s, herbs and cleanses. Both disciplines cover vast areas of research and principles that bring great changes when combined.

Taking a trip down history, we can see that the kings, yogis, and rishis of the olden days had extraordinary power, grace, and prosperity because they had decoded and took to following these intercepting principles of yoga ayurveda to its last detail. They dedicated their life to the constant and strict repetition of these cycles. The documentation of Yoga first occurred in the oldest text of rishis called the Rig-Veda. The foundations of the Vedas revolve around the elements of fire, air, the sun, and the moon. Ayurveda at the same time is more along the line of dealing with these same universal forces in a more physical manifestation. Both complement each other in a beautiful way, that when deciphered lets us use it to transform our daily life.

Yoga and Ayurveda were mostly separated when yoga went mains stream in the west. People often tend to misconstrue yoga as a tool to keep the body nimble and agile, rather than realize its real aim of empowering the mind. Yoga is seen as a science encompassing all humans as one and applying the same principles to the masses in general. Individual sadhana done in seclusion and peace has developed into group classes and community yoga.  At the same time, Ayurveda is highly personalized, changing from person to person, catering specifically to the needs of a single individual. The modern concept of personalized medicine traces back to its roots in age old Ayurveda.

Ayurveda is when yoga is used for the health of body and mind while at the same time; Ayurveda supports yoga when applied for the upliftment of your awareness. Classical yoga has gone through severe changes and modifications and is now re-cast as modern yoga, which has become accepted all over the world. At the same time, people fail to achieve true awareness since they are missing that element of Ayurveda. Yoga and Ayurveda do not just complement each other; they complete each other. Yoga is a medium to balance all the doshas defined in the Ayurveda texts. Yoga posture seject the toxins from our body thus attaining the end goal in Ayurveda. Similarly incorporating Ayurvedic massage into yoga helps achieve better results faster.

It’s simply not possible for us to set yoga and Ayurveda into a set of defined boundaries. They are fluid in nature and limitless, always helping us broadens our reach into distant horizons. Time has played a significant role in separating the spiritual and physical aspect of yoga. We had come from a time when these were one and the same. In the modern world, yoga and Ayurveda combine, to impart us with the benefits of both physical and spiritual dimensions. It provides us with a binding of a healthy body and a healthy soul.

Find out how yoga and Ayurveda converge to rejuvenate your life force, start on your path to your dream from join Yoga Teacher Training in Goa, India.